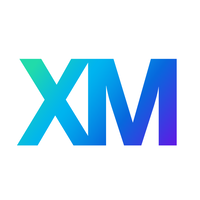 What are the highest paying jobs at Qualtrics?

Qualtrics is an American experience management company, with co-headquarters in Seattle, Washington and Provo, Utah in the United States. The company was founded in 2002 by Scott M. Smith, Ryan Smith, Jared Smith, and Stuart Orgill.

Qualtrics offers a cloud-based subscription software platform for experience management, which it launched in March 2017.

On November 11, 2018, it was announced that Qualtrics would be acquired by SAP for US$8 billion. The acquisition was completed on January 23, 2019. On July 26, 2020, SAP announced its intent to take Qualtrics public, and on January 28, 2021, Qualtrics began trading on the Nasdaq.

On January 11, 2021 technical trade media noted that Brad Anderson, a high level executive of Microsoft, was leaving for Qualtrics.

Qualtrics Job Search in US and Canada

Top Jobs at Qualtrics by City