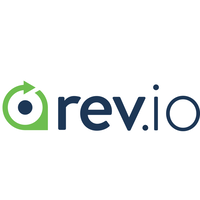 What are the highest paying jobs at Rev.io?

Rev is an American speech-to-text company that provides closed captioning, subtitles, and transcription services. The company, based in San Francisco and Austin, was founded in 2010 and raised $4.5 million in funding. Its 50,000 independent contract workers transcribe audio for a per-minute rate. The service is used by major companies including Amazon and Microsoft. PC Magazine named the service an "Editor's Choice" in 2018, and ranked it as the best transcription service in 2019.

The company received press in November 2019 for lowering its base transcription worker pay rate from 45 cents per transcribed minute to 30 cents. Rev popularized itself on its customer rate pricing of US$1 per minute of transcribed audio. In 2020, Rev raised its rate to $1.25. The company predicted that the number of jobs per transcriber would not decrease and that transcribers would be paid more for "harder jobs".

Rev.io Job Search in US and Canada

Top Jobs at Rev.io by City

These are the 15 highest-paying psychology jobs
Hailey Hudson
6 jobs that prepare you for side hustle success
Kyle Young
This is what work will look like in 2030, and it isn’t pretty
Kyle Schnitzer
Ladders / Company / Rev.io