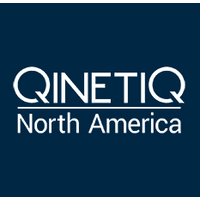 What are the highest paying jobs at QinetiQ North America?

Qinetiq is a British multinational defence technology company headquartered in Farnborough, Hampshire, England. It is the world's 52nd-largest defence contractor measured by 2011 defence revenues, and the sixth-largest based in the United Kingdom.

As a private entity, Qinetiq was created in April 2001; prior to this, it had been part of Defence Evaluation and Research Agency, a now-defunct British government organisation. While a large portion of DERA's assets, sites, and employees were transferred to Qinetiq, other elements were incorporated into Defence Science and Technology Laboratory, which remains in government ownership. Former DERA locations, including Farnborough, Hampshire, MoD Boscombe Down, Wiltshire, and Malvern, Worcestershire, have thus become key sites for Qinetiq.

In February 2006, Qinetiq was floated on the London Stock Exchange. The privatisation process was subject to an inquiry by the UK's National Audit Office, which was critical of the generous incentive scheme available to the company's management. Qinetiq has completed numerous acquisitions of defense and technology-related companies, primarily those that are based in the United States, and is a trusted supplier to the US government. Qinetiq USA operates under a Special Security Arrangement which allows it to work independently and separately on some of the most sensitive United States defense programs despite its foreign ownership. It has also spun off some its technologies into new companies, such as Omni-ID Ltd. It is currently a constituent of the FTSE 250 Index.

QinetiQ North America Job Search in US and Canada

19 examples of STAR interview questions (plus how to answer them using STAR method)
Jennifer Fabiano
Is this the worst job interview question? The internet seems to think so.
CW Headley
These are the 15 highest-paying psychology jobs
Hailey Hudson
Ladders / Company / QinetiQ North America