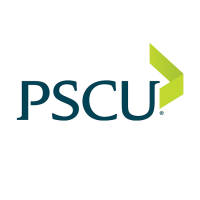 What are the highest paying jobs at PSCU Financial Services?

PSCU is the largest credit union service organization in the United States. The organization was founded in 1977 and is based in St. Petersburg, Florida.

In 1977, five Florida credit unions joined together and founded PSCU. PSCU started a mobile banking platform compatible with iOS in November 2009. That same year, the company released its CardLock fraud prevention program. Mike Kelly was named CEO of the organization in 2011 after the death of former CEO and president Dave Serlo. PSCU was the first organization to issue Visa pre-paid EMV cards in August 2012. The company hosts an annual 24-hour brainstorming competition which aims to create technology for the banking community that began in 2012.

PSCU announced in February 2013 that the company would be partnered with MasterCard to make the MasterPass technology available to the members of the credit union. The company chose PricewaterhouseCoopers in April 2013 to serve as an external independent certified public accounting firm for auditing and tax services for the company. In June 2013, PSCU opened a data center in Phoenix, Arizona. The organization started "Make Your Money Matter," an online and social media campaign that educated consumers on the difference between banks and credit unions, in 2013.

...with PSCU Financial Services and 1000s of other companies paying $100K+

PSCU Financial Services Job Search in US and Canada