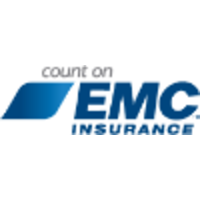 What are the highest paying jobs at EMC Insurance?

The EMC Insurance Building is a high-rise office building located in downtown Des Moines, Iowa, United States. The building rises 19 floors and 325 feet in height. It is currently tied with the HUB Tower as the 6th-tallest building in the city. Designed by Brooks Borg Skiles Architecture Engineering, the building was completed in 1997 for $54 million. The building was named one of the 50 Most Significant Iowa Buildings of the 20th Century by the American Institute of Architects Iowa chapter.

There have been comparisons made between the curves on the back of the building and an Absolut Vodka bottle.

The Fight for Air Climb utilized the stairwells in the EMC Insurance Building on April 8, 2018 in order for participants to raise funds for the American Lung Association.

EMC Insurance Job Search in US and Canada