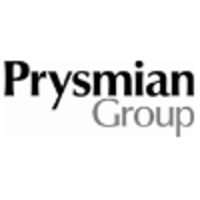 What are the highest paying jobs at Prysmian Group?

Prysmian S.p.A. is an Italian company with headquarters in Milan, specialising in the production of electrical cable for use in the energy and telecom sectors and for optical fibres. Prysmian is present in North America with 23 plants, 48 in Europe, 13 in LATAM, 7 MEAT, 13 APAC.

It is the world leader in the production of cables for wind farms. The company is listed on the Milan Stock Exchange in the FTSE MIB index.

On 4 December 2017, it took over 100% of the General Cable group in the US, to then complete the merger by incorporation the following year, after the antitrust approval by the respective countries.

Prysmian Group Job Search in US and Canada

These are the 15 highest-paying psychology jobs
Hailey Hudson
6 jobs that prepare you for side hustle success
Kyle Young
This is what work will look like in 2030, and it isn’t pretty
Kyle Schnitzer
Ladders / Company / Prysmian Group