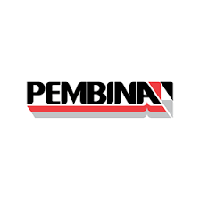 What are the highest paying jobs at Pembina?

Pembina Pipeline is a Canadian corporation that operates transportation and storage infrastructure delivering oil and natural gas to and from parts of Western Canada; there is also a natural gas processing business that takes place at the Cutbank Complex. Western Canada is the source of all the product transported by its systems. Some of the pipelines and facilities have short term contracts with oil producers while others are long term.

For 37 years until 1997 when it went public and established itself as a trust, Pembina was a regular privately owned business. On October 1, 2010 it converted to a corporation from a trust, changing its official name from Pembina Pipeline Income Fund to Pembina Pipeline Corporation. As of 2016 the company had more than 1260 employees up from 427 in 2010. The company's total assets nearly doubled in 2017.

The company's roots can be traced back to 1954 when the Pembina Pipeline system was built to serve the Pembina oil field in the region of Drayton Valley, Alberta; Pembina Pipe Line Ltd was incorporated that year on September 24. For the next 37 years the company remained focussed on delivering oil to Edmonton using the Pembina pipeline. In 1991 it made its first acquisition, Peace Pipe Line Ltd. five years before it made its second move, buying half of the Bonnie Glen System, a 250 km long network serving oil fields in Alberta. It wasn't until the 4th quarter of 1997 that Pembina joined the Toronto Stock Exchange, going public with an IPO of over 600 million dollars; at the same time it converted to an income fund. 1997 was also the year Inter Pipeline Fund the leading transporter of oilsands bitumen, was established. Three years later in 2000 it made its biggest move to date that doubled its size overnight when it took over Federated Pipe Lines Ltd in a $340 million deal from a group headed by Imperial Oil. After the takeover, Pembina's network in Western Canada was 7000 km long and transported nearly 550,000 b/d of oil and natural gas.

8 high paying remote jobs you can get right now (and how to get hired there)
Sara London
7 ways to manage the effects of job search fatigue
Rolf Bax
Have you been the victim of 1 of these 7 cases of wrongful termination?
AnnaMarie Houlis
Ladders / Company / Pembina