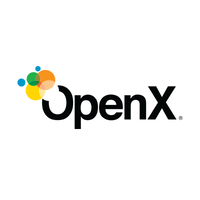 What are the highest paying jobs at OpenX?

OpenX Software Ltd., known as OpenX, is a programmatic advertising technology company. The company has developed an integrated technology platform that combines ad server and a real-time bidding exchange with a standard supply-side platform ensuring the highest real-time value for any trade. OpenX was founded in 2008 and has raised over $75 million from Accel, Index, Samsung, Dentsu, Mangrove Capital and others.

After laying off "around 100 employees" in December 2018, the following month OpenX announced plans to move all on-premises workloads fully into the Google Cloud Platform by Q2 2019.

In May 2019, OpenX launched OpenAudience, a planning and targeting tool based on LiveRamp and Tapad data.

In January 2020, OpenX announced that CEO and co-founder Tim Cadogan was leaving to become the CEO of GoFundMe and that President John Gentry would step into the CEO role. This was followed in April by another round of layoffs where 15% of the company was affected.

OpenX Job Search in US and Canada

Top Jobs at OpenX by City

8 high paying remote jobs you can get right now (and how to get hired there)
Sara London
7 ways to manage the effects of job search fatigue
Rolf Bax
Have you been the victim of 1 of these 7 cases of wrongful termination?
AnnaMarie Houlis
Ladders / Company / OpenX