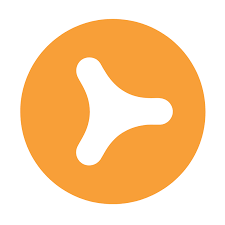 What are the highest paying jobs at OFX?

OFX, previously known as OzForex is an Australian online foreign exchange and payments company with headquarters in Sydney. The company provides money transfer services to Travelex, MoneyGram, Xero, Capital One 360, and Macquarie International Money Transfers as well as individuals such as migrants and expatriates and small businesses.

OzForex was started by Matthew Gilmour in 1998 while working as the head of foreign exchange at Bankers Trust. Controlling interest in the company was sold to Australian investment bank Macquarie Group in 2007 and partial interest to other investors in 2010. It operated a number of different territory specific brands that include UKForex, CanadianForex, NZForex, USForex as well as ClearFX and Tranzfers before a brand consolidation to OFX starting in 2015.
Total Jobs:
5
% Masters:
33%

OFX Job Search in US and Canada

Top Jobs at OFX by City

What jobs can you get with a business degree?
Kattie Thorndyke
How to answer “What’s your desired salary?” (with 8 best responses)
Jessica Li
You have a “great” job offer… now what?
Kayla Duperreault
Ladders / Company / OFX