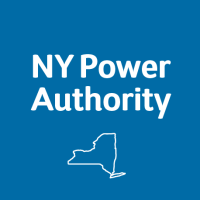 What are the highest paying jobs at New York Power Authority?

The New York Power Authority, officially the Power Authority of the State of New York, is a New York State public-benefit corporation. It is the largest state public power utility in the United States. NYPA provides some of the lowest-cost electricity in the nation, operating 16 generating facilities and more than 1,400 circuit-miles of transmission lines. Its main administrative offices are in White Plains.

NYPA uses no state tax dollars and incurs no state debt, financing its projects principally through the sale of bonds. The bonds are repaid and the projects operated using revenues from operations.

The New York Power Authority has been financially responsible for the New York State Canal Corporation since April 2016 and has owned it since January 1, 2017.

Everything you need to know about becoming a pathologist
Ashley Jones
Get paid to dream at work: This company will pay you to nap
Sara London
The average salary of a Chipotle general manager is $100K — and they’re hiring
Kyle Schnitzer
Ladders / Company / New York Power Authority