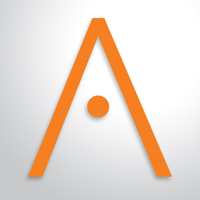 What are the highest paying jobs at Navex Global?

BC Partners is a British international investment firm with over $40 billion of assets under management across private equity, credit and real estate in Europe and North America. Its global headquarters are in London. The firm invests across all industries. BC Partners was founded in 1986 and has offices in New York, Paris, Milano and Hamburg. Since inception, BC Partners has completed 113 private equity investments in companies with a total enterprise value of €145 billion.

As one of the largest European private equity firms, BC Partners competes for buyouts and investment opportunities with other large cap private equity firms including Blackstone Group, KKR, CVC Capital Partners, Advent International and The Carlyle Group. The firm raised its eighth fund in 2005, which at the time made it the largest European buyout fund. Raised in less than five months, the fund was heavily oversubscribed. Investors in previous funds supplied 90% of the capital. The firm's most recent fund, BC Partners X, was one of the largest buyout funds raised in 2018. Despite its large size, the firm is known for its operational efficiency, boasting an incredibly high amount of assets under management per investment professional.

BC Partners was until recently majority shareholder of Intelsat, the global satellite services provider valued at US$16.6 billion in its leveraged buyout in 2007—one of the largest private equity buyouts of all time led by a consortium of investors including BC Partners and Silver Lake Partners. In 2008, BC Partners replaced Intelsat's chairman with Raymond Svider, BC's New York-based co-chairman. Sometime between 2008 and 2018, BC Partners sold all of Intelsat to the company.

Navex Global Job Search in US and Canada

View All Lake Oswego, OR Jobs

Everything you need to know about becoming a pathologist
Ashley Jones
Get paid to dream at work: This company will pay you to nap
Sara London
The average salary of a Chipotle general manager is $100K — and they’re hiring
Kyle Schnitzer
Ladders / Company / Navex Global