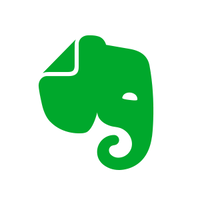 What are the highest paying jobs at Evernote?

After being founded in 2000 by Russian-American computer entrepreneur of Azerbaijani descent, Stepan Pachikov, EverNote Corporation started marketing software for Windows desktop PCs, Tablet PCs and handheld devices like the handwriting recognition software ritePen and the notetaking and web clipping application EverNote, a Windows application which stored notes on an 'infinite roll of paper'. Under the new CEO Phil Libin, the company shifted its focus to the Web, smartphones and also the Apple Mac, starting with Evernote 3.0 in 2008. The Evernote Web service launched into open beta on June 24, 2008 and reached 11 million users in July 2011. In October 2010, the company raised a US$20 million funding round led by DoCoMo Capital with participation from Morgenthaler Ventures and Sequoia Capital. Since then, the company raised an additional $50 million in funding led by Sequoia Capital and Morgenthaler Ventures, and another $70 million in funding led by Meritech Capital and CBC Capital. On November 30, 2012, Evernote raised another $85 million in funding led by AGC Equity Partners/m8 Capital and Valiant Capital Partners.

On November 9, 2014, Evernote raised an additional $20 million in funding from Nikkei, Inc.

On May 7, 2013, TechCrunch reported that Evernote launched Yinxiang Biji Business into the Chinese market at the Global Mobile Internet Conference.

Evernote Job Search in US and Canada

Top Jobs at Evernote by City

19 examples of STAR interview questions (plus how to answer them using STAR method)
Jennifer Fabiano
Is this the worst job interview question? The internet seems to think so.
CW Headley
These are the 15 highest-paying psychology jobs
Hailey Hudson
Ladders / Company / Evernote