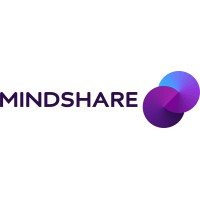 What are the highest paying jobs at Mindshare World?

Mindshare is a global media and marketing services company formed in 1997. As one of the world's largest media agencies, Mindshare is responsible for a large majority of GroupM/WPP's global marketing billings and campaigns.

Mindshare's achievements include the Dove Natural Women & Snapchat Hack campaigns, the first Global Media Agency to gain accredited Actions on Google channel partners status, and many others that have won global awards.

Mindshare World Job Search in US and Canada

Do personality tests make it harder to hire the right person?
Sara London
19 examples of STAR interview questions (plus how to answer them using STAR method)
Jennifer Fabiano
Is this the worst job interview question? The internet seems to think so.
CW Headley
Ladders / Company / Mindshare World