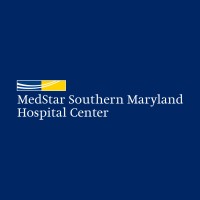 What are the highest paying jobs at MedStar Southern Maryland Hospital Center?

MedStar Health is a not-for-profit healthcare organization. It operates more than 120 entities, including ten hospitals in the Baltimore–Washington metropolitan area of the United States. In 2011 it was ranked as the employer with the largest number of local employees in the region.

MedStar pays approximately $111 million in payroll tax to the District of Columbia, Maryland and Virginia each year. Additionally, as of 2012, MedStar Health provided almost $312 million in charity care and community benefit on an annual basis.

Get paid to dream at work: This company will pay you to nap
Sara London
The average salary of a Chipotle general manager is $100K — and they’re hiring
Kyle Schnitzer
Amazon is now hiring 75K workers — and offering some $1K bonuses
Kyle Schnitzer
Ladders / Company / MedStar Southern Maryland Hospital Center