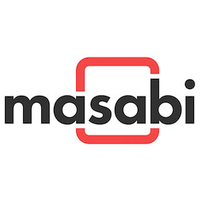 What are the highest paying jobs at Masabi?

In 2012, the company launched the first ticketless rail system in the United States, for the Massachusetts Bay Transportation Authority. In another 'first', in January 2019 Uber announced that its "transit offering" had gone live in Denver with RTD, with in-app ticketing provided by Masabi using its Justride SDK.

In April 2019, the company reported that it is on track to exceed $1 billion in annual ticketing sales in the next year. It is currently located in offices in Tech City, London and in New York and Boston in the USA.

In 2020, Masabi's Justride SDK was recognized as Ticketing Technology of the Year at the Transport Ticketing Global Awards 2020.

The company was founded in 2001 and raised seed funding of $2.8 million in 2013. In December 2015, the company raised $12 million in venture capital from an investor group including the public transport operator Keolis, MasterCard, Lepe Partners and existing investor MMC Ventures. A further $20 million was raised in April 2019, led by Smedvig Capital, with participation from MMC Ventures and other investors.

Masabi Job Search in US and Canada

Top Jobs at Masabi by City

How to answer “What’s your desired salary?” (with 8 best responses)
Jessica Li
You have a “great” job offer… now what?
Kayla Duperreault
Do personality tests make it harder to hire the right person?
Sara London
Ladders / Company / Masabi