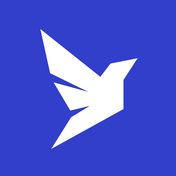 What are the highest paying jobs at Fauna Inc.?

Founded as the Society for the Preservation of the Wild Fauna of the Empire, the society created some of the first game reserves and captive breeding programmes during the 20th century. Having since gone through several name and approach changes, FFI today coordinates conservation programmes in around 40 countries, working through local partnerships and with more focus on capacity building, community-based approaches and marine conservation than its previous iterations. The society's peer-reviewed scientific journal, now known as Oryx, has been publishing conservation science articles since 1904.

Fauna & Flora International is constituted under English law as a company limited by guarantee and is a registered charity with its head office in Cambridge. FFI has sister organisations in the U.S. and Australia, and a subsidiary in Singapore. FFI currently runs conservation programs and activities in around 40 countries in collaboration with local partner organisations, institutions, communities and authorities.

Head of Sales and Business Operations

Fauna Inc. Job Search in US and Canada

Head of Sales and Business Operations