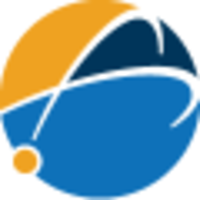 What are the highest paying jobs at Los Alamos National Laboratory?

Los Alamos National Laboratory is a United States Department of Energy national laboratory initially organized during World War II for the design of nuclear weapons as part of the Manhattan Project. It is a short distance northwest of Santa Fe, New Mexico, in the southwestern United States.

Los Alamos was selected as the top-secret location for bomb design in late 1942 and officially commissioned the next year, under the management of University of California. At the time it was known as Project Y and was the center for weapon design and overall coordination. Other labs, today known as Oak Ridge National Laboratory and the Hanford Site, concentrated on the production of uranium and plutonium bomb fuels. Los Alamos was the heart of the project, collecting together some of the world's most famous scientists, among them numerous Nobel Prize winners. The site was known variously as Project Y, Los Alamos Laboratory, and Los Alamos Scientific Laboratory through this period.

The lab's existence was announced to the world in the post-WWII era, when it became known universally as Los Alamos. In 1952, the Atomic Energy Commission formed a second design lab under the direction of the University of California, Berkeley, becoming the Lawrence Livermore National Laboratory. Since that date the two labs have competed on a wide variety of bomb designs. With the ending of the Cold War, both labs turned their focus increasingly to civilian missions. Today, Los Alamos is one of the largest science and technology institutions in the world. It conducts multidisciplinary research in fields such as national security, space exploration, nuclear fusion, renewable energy, medicine, nanotechnology, and supercomputing. The town of Los Alamos, New Mexico, directly north of the lab, grew extensively through this period.

Los Alamos National Laboratory Job Search in US and Canada