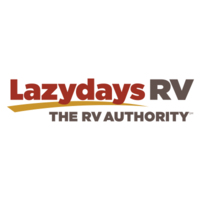 What are the highest paying jobs at Lazydays Holdings, Inc.?

Lazydays RV is an American company specializing in the sales and service of recreational vehicles, RV rentals, parts and accessories. The company was founded in 1976 and operates 8 locations in 6 states, including Tucson, Arizona; Denver and Loveland, Colorado; Minneapolis, Minnesota; Knoxville, Tennessee; Houston, Texas; The Villages, Florida; and its headquarters in Seffner, Florida.

Lazydays RV positions itself as the world’s largest RV dealership, with 3,000 new and used RVs from 78 manufacturers across their 6 locations, nearly 400 service bays, 700 campsites at 2 on-site campgrounds and an RV resort at their Florida location. At each location, Lazydays also has a store dedicated to specialty and OEM parts called Accessories & More. They also feature a fleet of rental vehicles at their Colorado locations.

Lazydays RV is the exclusive RV sponsor of the Florida Gators, Tampa Bay Buccaneers and the Denver Broncos.

Lazydays Holdings, Inc. is a publicly listed company on the NASDAQ stock exchange under the ticker "LAZY."

Founded in Tampa, Florida, in 1976, Lazydays RV was originally owned by the Wallace family, which included Herman and his sons Don and Ron. Lazydays RV was founded with only two travel trailers and $500. During its first five years, the dealerships limited itself to selling travel trailers and mini motorhomes. Sales grew to $13 million by 1980 and $50 million by 1983. Herman Wallace retired in 1993 and Don Wallace took over the business. The current Chairman & CEO is William P. "Bill" Murnane.

These are the industries that hire the most Harvard Business School grads
Meredith Schneider
These are the 5 college majors that will make you a top earner for life
CW Headley
These people will get hired in 2021
Kyle Schnitzer
Ladders / Company / Lazydays Holdings, Inc.