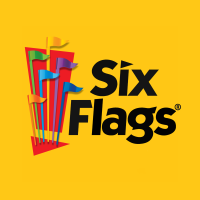 What are the highest paying jobs at Six Flags?

Six Flags Entertainment Corporation, more commonly known as Six Flags or as Six Flags Theme Parks, is an American amusement park corporation, headquartered in Arlington, Texas. It has properties in Canada, Mexico, and the mainland United States. Six Flags owns more theme parks and waterparks combined than any other amusement park company in the world, and has the seventh-highest attendance in the world. The company operates 26 properties throughout North America, including theme parks, amusement parks, water parks and a family entertainment center. In 2019, Six Flags properties hosted 32.8 million guests.

Six Flags was founded in Texas on August 5, 1961 and derived its name from its first property, Six Flags Over Texas. The company maintains a corporate office in Midtown Manhattan, while its headquarters are in Arlington, Texas. On June 13, 2009, the corporation filed for Chapter 11 bankruptcy protection due to crippling debt, which it successfully exited after corporate restructuring on May 3, 2010.