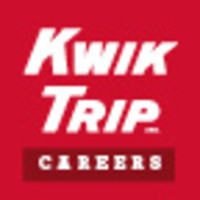 What are the highest paying jobs at Kwik Trip?

Unlike many other convenience store chains, the company is vertically integrated across most of its product lines. It carries bagged milk and orange juice in pouches under the Nature's Touch brand via its in-house dairy. Kwik Trip also has an internal bakery operation which provides sliced and wrapped bread, doughnut and muffin products to its stores, along with a store brand snack line under the "Urge" branding. The company also maintains branding partnerships with several Upper Midwest professional sports teams, including Minnesota's Twins, Vikings, and Wild, along with the Green Bay Packers, Milwaukee Brewers, and Milwaukee Bucks.

All locations have small grocery sections selling basic fruits, bread, canned food, frozen food, sliced cheeses, and ice cream, along with traditional convenience store food such as bottled drinks and hot dogs. Notably, the chain has sold bananas, baking potatoes, and yellow onions for 39 cents per pound as a loss leader, along with fresh beef, hot dogs, bratwurst, and chicken. They also all have heated and ready-to-eat food, and will cook food to order off a small menu. In 2018, the company acquired the south-central Wisconsin chain PDQ, which offered fresh fried chicken in their stores; the PDQ recipe and chicken is currently being slowly rolled out to select stores. The next year, the chain began to offer home delivery of hot food in select markets through a partnership with EatStreet.