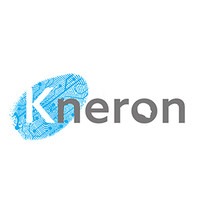 What are the highest paying jobs at Kneron?

Kneron is an American artificial intelligence company. It was founded by Albert Liu, former Qualcomm engineer, and Frank Chang, a professor at UCLA. It is headquartered in San Diego, California.

Kneron specializes in integrating hardware and software to enable edge AI inferencing, which refers to algorithms that can be processed locally on a device, even without an Internet connection.

In 2019, the company released its first AI SoC, the KL520. It was designed to optimize visual processing and to integrate with existing AI models. Kneron launched one of the world's first edge AI platforms, KNEO, in July 2020.

Kneron Job Search in US and Canada

Top Jobs at Kneron by City

Everything you need to know about becoming an endodontist
Ashley Jones
Looking for a job? Watch out for these 4 insane new hire perks
Sara London
Here’s why healthcare banking is the hottest job trend right now
Ryan Luke
Ladders / Company / Kneron