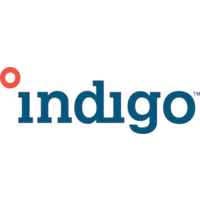 What are the highest paying jobs at Indigo?

IndiGo is an Indian low-cost airline headquartered in Gurgaon, Haryana, India. It is the largest airline in India by passengers carried and fleet size, with a 59.24% domestic market share as of August 2020. It is also the largest individual Asian low-cost carrier in terms of jet fleet size and passengers carried, and the sixth largest carrier in Asia with over 6.4 crore passengers carried in financial year 2018–19. The airline operates 1,500 flights everyday to 87 destinations – 63 domestic and 24 international. It has its primary hub at IGI Airport, Delhi.

The airline was founded as a private company by Rahul Bhatia of InterGlobe Enterprises and Rakesh Gangwal in 2006. It took delivery of its first aircraft in July 2006 and commenced operations a month later. The airline became the largest Indian carrier by passenger market share in 2012. The company went public in November 2015.

Indigo Job Search in US and Canada

Top Jobs at Indigo by City

These are the 15 highest-paying psychology jobs
Hailey Hudson
6 jobs that prepare you for side hustle success
Kyle Young
This is what work will look like in 2030, and it isn’t pretty
Kyle Schnitzer
Ladders / Company / Indigo