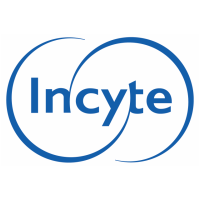 What are the highest paying jobs at Incyte?

Incyte Corp is an American pharmaceutical company based in Alapocas, Delaware. The company was founded in Palo Alto, California in 1991 and went public in 1993.

Incyte has one drug, Jakafi, which has been approved by the U.S. Food and Drug Administration and has been prescribed to patients in the United States.

As of 2014, the company was developing baricitinib, an oral JAK1 and JAK2 inhibitor drug for rheumatoid arthritis in partnership with Eli Lilly. It gained EU approval in February 2017. In April 2017, the US FDA issued a rejection, citing concerns about dosing and safety.

As of 2016 epacadostat, an indoleamine 2,3-dioxygenase inhibitor, was in development for various cancers and was in combination trials with Merck's pembrolizumab and Bristol Myers Squibb's nivolumab.

In 2014, Incyte named Hervé Hoppenot president and CEO. Hoppenot had previously served as the president of Novartis Oncology; he had been with Novartis since 2003.

In September 2015, the company announced it had gained exclusive development and commercial right pertaining to Jiangsu Hengrui Medicine Co., Ltd's anti-PD-1 monoclonal antibody, SHR-1210, in a deal worth $795+ million.

In January 2020, Incyte signed a collaboration and license agreement for the global development and commercialization of tafasitamab with MorphoSys. On March 3, 2020, the agreement received antitrust clearance and thus became effective.

Incyte Job Search in US and Canada

Top Jobs at Incyte by City

Get paid to dream at work: This company will pay you to nap
Sara London
The average salary of a Chipotle general manager is $100K — and they’re hiring
Kyle Schnitzer
Amazon is now hiring 75K workers — and offering some $1K bonuses
Kyle Schnitzer
Ladders / Company / Incyte