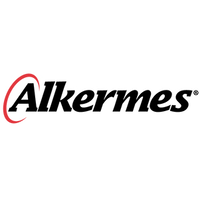 What are the highest paying jobs at Alkermes?

Alkermes plc is a biopharmaceutical company that focuses on central nervous system diseases such as such as schizophrenia, depression, addiction and multiple sclerosis. The company was founded in 1987 by Michael Wall. In September 2011 Alkermes, Inc. merged with Elan Drug Technologies, the former drug formulation and manufacturing division of Élan Corporation, plc. The company is headquartered in Dublin, and has an R&D center in Waltham, Massachusetts, and manufacturing facilities in Athlone, Ireland, and Wilmington, Ohio.

Alkermes has more than 20 commercial drug products and candidates that address serious and chronic diseases, such as addiction, schizophrenia, diabetes and depression. Among these products, five are primary to the company: risperidone long-acting Injection for schizophrenia and bipolar 1 disorder, paliperidone palmitate for schizophrenia, 4-aminopyridine to improve walking in patients with multiple sclerosis, naltrexone for extended-release injectable suspension for alcohol and opioid dependence, and exenatide extended-release for injectable suspension for the treatment of type 2 diabetes. Bydureon is a once-weekly, extended-release form of the drug, exenatide, and was developed through a partnership between Amylin Pharmaceuticals, Alkermes and Eli Lilly. It is approved in Europe and the U.S.

Buprenorphine/samidorphan, a ?-opioid receptor antagonist, is a next-generation, novel antidepressant which is under development by Alkermes for treatment-resistant depression.

Alkermes Job Search in US and Canada

Top Jobs at Alkermes by City