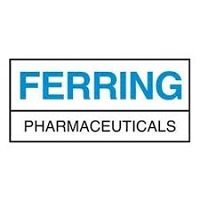 What are the highest paying jobs at Ferring Pharmaceuticals, Inc.?

Ferring Pharmaceuticals is a Swiss multinational biopharmaceutical company specialising in areas such as reproductive health, maternal health, gastroenterology and urology. Ferring has been developing treatments for mothers and babies for over 50 years.

Headquartered in Saint-Prex, Switzerland, Ferring has its own manufacturing facilities in several European countries, in South America, China, India, and the United States.

Founded in 1950, privately-owned Ferring employs more than 6,500 people worldwide, has its own operating subsidiaries in nearly 60 countries and markets its products in 110 countries.

Ferring Pharmaceuticals, Inc. Job Search in US and Canada