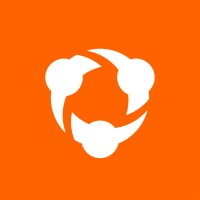 What are the highest paying jobs at Hudl?

Hudl is a product and service of Agile Sports Technologies, Inc. - a Lincoln, Nebraska based company providing tools for coaches and athletes to review game footage and improve team play. Its initial product line served college and professional American football teams; today the company provides video services to youth, amateur, and professional teams in American football as well as other sports including soccer, basketball, volleyball and lacrosse.

Founded in 2006, the company is based in Lincoln's historic Haymarket District. Initially the company sourced talent from the University of Nebraska–Lincoln, including the Jeffrey S. Raikes School; today the company has employees across a number of states in America and internationally, with office locations in London and Sydney.

Hudl made Fast Company's list of Most Innovative Companies in 2016. In July 2017, Hudl announced an additional round of funding totaling $30 million, led by existing investors Accel Partners, Jeff and Tricia Raikes, and Nelnet. In May 2020, Hudl received funding from Bain Capital.

Hudl Job Search in US and Canada

Top Jobs at Hudl by City

Get paid to dream at work: This company will pay you to nap
Sara London
The average salary of a Chipotle general manager is $100K — and they’re hiring
Kyle Schnitzer
Amazon is now hiring 75K workers — and offering some $1K bonuses
Kyle Schnitzer
Ladders / Company / Hudl