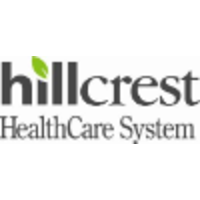 What are the highest paying jobs at Hillcrest Healthcare System?

Hillcrest Hospital is a comprehensive-care hospital on Mayfield Road in Mayfield Heights, Ohio, United States. It is part of the Cleveland Clinic Health System. The hospital currently has 500 registered beds, and serves as a level II trauma center for eastern Cuyahoga, Geauga, Lake, and Portage counties.

In 1994, the hospital finished an expansion, increasing outpatient services and adding an on-campus medical office building. In the summer of 2005, construction was completed on the West Tower, adding 104 bed spaces, as well as two new operating rooms, an endovascular suite for minimally-invasive vascular procedures, and an expanded William B. Hirsch Cancer Center. This expanded center offers a full range of care, featuring Cleveland Clinic radiation oncologists and gynecological cancer care and treatment. In November 2010, $163 million renovation and addition was finished, which included the construction of the five-story Jane and Lee Seidman Tower.

These are the 15 highest-paying psychology jobs
Hailey Hudson
6 jobs that prepare you for side hustle success
Kyle Young
This is what work will look like in 2030, and it isn’t pretty
Kyle Schnitzer
Ladders / Company / Hillcrest Healthcare System