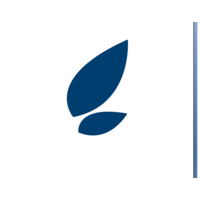 What are the highest paying jobs at GoHealth?

In 2012, GoHealth became a government-approved exchange after a deal was signed into place by the Obama administration and the Centers for Medicare & Medicaid Services. This would allow GoHealth to enroll people in the same plans and offer the same tax-subsidies found on HealthCare.gov. CMS signed the deal with a few private health insurance marketplaces including GoHealth in an effort to provide affordable premiums from the increase in enrollment.

In 2013, GoHealth acted as the first of the private health insurance marketplaces to enroll Americans in subsidy-eligible ObamaCare plans, following the technical challenges from HealthCare.gov's launch. Soon after a fix for broker functionality was implemented on HealthCare.gov, the company utilized their call centers to help Americans enroll in both on-exchange and off-exchange plans while on the phone. While customers had the ability to start the enrollment process using GoHealth's website, speaking with a representative allowed for the company to confirm a person's eligibility for subsidies and complete enrollment. The regulatory approval to enroll people in these plans only applied to residents from the 36 states that used the federal insurance exchange in lieu of a state exchange.