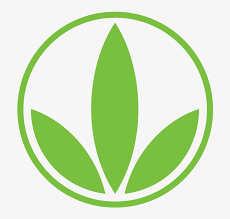 What are the highest paying jobs at Herbalife?

Herbalife Nutrition Ltd. is a global multi-level marketing corporation that develops and sells dietary supplements. The company was founded by Mark R. Hughes in 1980, and it employs an estimated 8,900 people worldwide. The business is incorporated in the Cayman Islands, with its corporate headquarters located in Los Angeles, California. The company operates in 94 countries through a network of approximately 4.5 million independent distributors and members. John O. Agwunobi is the company's chief executive officer and executive chairman since March 2020.

The company has been criticized by, among others, hedge fund manager Bill Ackman of Pershing Square Capital, who claimed in 2012 that Herbalife operates a "sophisticated pyramid scheme" after taking a $1 billion short position in Herbalife stock. Herbalife agreed to "fundamentally restructure" its business, in the US but not worldwide, and pay a $200 million fine as part of a 2016 settlement with the U.S. Federal Trade Commission following accusations of it being a pyramid scheme. In November 2017, Ackman's hedge fund closed out its short position in Herbalife.

Herbalife Job Search in US and Canada

Top Jobs at Herbalife by City

19 examples of STAR interview questions (plus how to answer them using STAR method)
Jennifer Fabiano
Is this the worst job interview question? The internet seems to think so.
CW Headley
These are the 15 highest-paying psychology jobs
Hailey Hudson
Ladders / Company / Herbalife