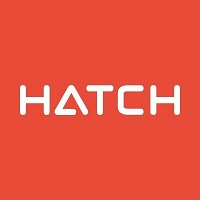 What are the highest paying jobs at Hatch?

Hatch is a global multidisciplinary management, engineering and development consultancy. Its group companies have more than 9,000 staff in 70+ offices. In 2015, Hatch was ranked as a top 20 International Design Firm according to the Engineering News-Record rankings.

The company was founded in Toronto, Ontario, Canada, by W.S. Atkins as W.S. Atkins & Associates in 1955. The company initially was involved in subway tunneling and other civil engineering projects, and expanded into metallurgy when Gerry Hatch joined the company in January 1958. It became known as Hatch in 1962.

In 1996, the company began an expansion program by purchasing several aligned engineering companies including Billiton Engineering, Rescan Mining, BHP Engineering, Kaiser Engineers, Acres International, and MEK Engenharia. By 2005 the combined billing of the company was around CDN $700 million.

Hatch Job Search in US and Canada

Top Jobs at Hatch by City