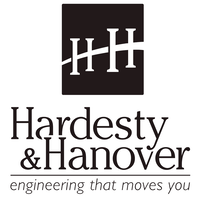 What are the highest paying jobs at Hardesty & Hanover LLP,?

Hardesty & Hanover is an American infrastructure engineering company specializing in the design and management of bridges and other transportation and architecture projects. The firm was founded in 1887 by John Alexander Low Waddell, a structural engineer who pioneered the design of large-scale moveable bridge. Originally incorporated in Kansas City, Missouri as J.A.L. Waddell, Consulting Engineer, the company was renamed throughout the early 20th century as Waddell added junior partners to the organization. In 1920, the firm moved its headquarters to New York City, where it would go on to design many important bridges int the area, such as Newark Bay Bridge, the original Goethals Bridge, and Marine Parkway Bridge.

In recent decades the company has expanded its footprint to the fields of highway design and movable architecture, contributing to projects like U.S. Bank Stadium, the New York City Shed, the redevelopment of LaGuardia Airport, and other major interchanges of highways in New York City.

Hardesty & Hanover LLP, Job Search in US and Canada

19 examples of STAR interview questions (plus how to answer them using STAR method)
Jennifer Fabiano
Is this the worst job interview question? The internet seems to think so.
CW Headley
These are the 15 highest-paying psychology jobs
Hailey Hudson
Ladders / Company / Hardesty & Hanover LLP,