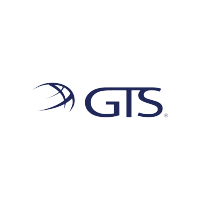 What are the highest paying jobs at Global Trading Systems, LLC?

The Global Electronic Trading Company, or Getco LLC, was an American proprietary algorithmic trading and electronic market making firm based in Chicago, Illinois. In December 2012, the firm agreed to acquire Knight Capital Group; this merger was completed in July 2013 forming the new company KCG Holdings.

The firm was founded in 1999 by Stephen Schuler and Daniel Tierney, former floor traders in Chicago, and reached over 400 employees. The firm's primary business was electronic market making, though it also provided execution algorithms and a dark pool through its client services arm, GETCO Execution Services.

GETCO traded in over 50 markets in North and South America, Europe and Asia, and was consistently among the top 5 participants by volume on many venues, including the CME, Eurex, NYSE Arca, NYSE Arca Options, BATS, Nasdaq, Nasdaq Options, Chi-X, BrokerTec, and eSpeed. It had offices in New York City, Chicago, London, and Singapore, and was an investor in the electronic exchanges BATS Exchange, Chi-X, NYSE Liffe U.S., Eris, and ELX.

In a 2009 profile by the Wall Street Journal the firm was identified as one of the largest market makers in the US stock market. GETCO also served as one of the six Designated Market Makers on the NYSE between 2010 and the merger.

Global Trading Systems, LLC Job Search in US and Canada