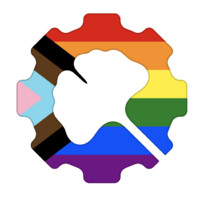 What are the highest paying jobs at Ginkgo Bioworks?

Ginkgo Bioworks is a biotech company from the United States founded in 2009 by scientists from MIT and headed by Tom Knight. The company specializes in using genetic engineering to produce bacteria with industrial applications. Ginkgo Bioworks is an analytics company that designs microorganisms for customers in a range of industries. It is the self-proclaimed "Organism Company" and is one of the world's largest privately held biotech companies. As of 2019, it was valued at $4.2 billion.

On 11 May 2021, Gingko Bioworks announced plans of going public through a merger with SPAC Soaring Eagle at a $17.5 billion valuation. On 14 May 2021, Ginkgo announced its new ticker for the NYSE will be DNA. The ticker was previously used by Genentech, who stopped using the ticker after they were acquired by Roche. Trading began September 17, 2021.

Ginkgo Bioworks Job Search in US and Canada

You have a “great” job offer… now what?
Kayla Duperreault
Do personality tests make it harder to hire the right person?
Sara London
19 examples of STAR interview questions (plus how to answer them using STAR method)
Jennifer Fabiano
Ladders / Company / Ginkgo Bioworks