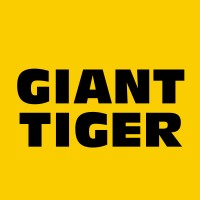 What are the highest paying jobs at Giant Tiger Stores Ltd.?

Giant Tiger Stores Limited is a Canadian discount store chain which operates over 250 stores across Canada. The company's stores operate under the Giant Tiger banner in Alberta, Manitoba, New Brunswick, Nova Scotia, Ontario, Prince Edward Island and Saskatchewan; under the GTExpress and Scott's Discount banners in Ontario only, and under the Tigre Géant banner in Quebec.

Giant Tiger Stores Ltd. Job Search in US and Canada

Have you been the victim of 1 of these 7 cases of wrongful termination?
AnnaMarie Houlis
The job market is looking shockingly good for the Class of 2021
CW Headley
These are the 50 best companies in the world to work for right now
Kyle Schnitzer
Ladders / Company / Giant Tiger Stores Ltd.