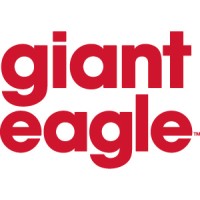 What are the highest paying jobs at Giant Eagle?

Giant Eagle is an American supermarket chain with stores in Pennsylvania, Ohio, West Virginia, Indiana, and Maryland. The company was founded in 1918 in Pittsburgh, Pennsylvania, and incorporated on August 31, 1931. Supermarket News ranked Giant Eagle 21st on the "Top 75 North American Food Retailers" based on sales of $9.3 billion. In 2005, it was the 32nd-largest privately held company, as determined by Forbes. Based on 2005 revenue, Giant Eagle is the 49th-largest retailer in the United States. As of Summer 2014, the company had approximately $9.9 billion in annual sales. As of March 2019, Giant Eagle, Inc. had 216 supermarkets, 202 fuel station/convenience stores under the GetGo banner and 56 Ricker's fuel station/covenience stores.

The company operates its corporate headquarters in an office park in the Pittsburgh suburb of O'Hara Township.

Giant Eagle Job Search in US and Canada

America falls way short, adds fewer jobs than expected in April
Kyle Schnitzer
Everything you need to know about becoming a dermatologist
Ashley Jones
These US cities will pay up to $20,000 for you to relocate—but there’s always a catch
Benjamin Lorber
Ladders / Company / Giant Eagle