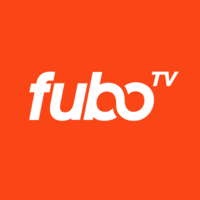 What are the highest paying jobs at fuboTV?

Launched on January 1, 2015 as a soccer streaming service, FuboTV changed to an all-sports service in 2017 and then to a virtual multichannel video programming distributor model. As a vMVPD, FuboTV still calls itself sports-first but its expanded channel lineup targets cord cutters, offering a selection of major cable channels and OTT-originated features that can be streamed through smart TVs, mobile and tablets and the web. The service is available in the United States, Canada and Spain as of 2018.

There are several service options with different channel lineups, including the base package, with 100+ channels, and add-on packages like Extra, Sports Plus, Latino Plus and Português Plus.

The company said it closed 2020 with nearly 548,000 paid subscribers, including 92,800 additions in the fourth quarter 2020. Fubo also said it exceeded $100 million in quarterly revenue for the first time.

fuboTV Job Search in US and Canada

Top Jobs at fuboTV by City