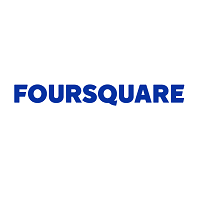 What are the highest paying jobs at Foursquare?

Foursquare Labs Inc., commonly known as Foursquare, is an American technology company. The company's location platform is the foundation of several business and consumer products, including the Foursquare City Guide and Foursquare Swarm apps.

Dennis Crowley and Naveen Selvadurai founded the company in late 2008 and launched it in 2009. The company rose to prominence with the launch of its namesake local search-and-discovery mobile app, now known as Foursquare City Guide, which popularized the concept of real-time location-sharing and checking-in. Alongside the changes to the consumer apps, the company began creating products that leverage the location data collected via billions of check-ins. From 2014 to 2016 the company rolled out a series of enterprise offerings, including Pinpoint by Foursquare and Foursquare Attribution.

Foursquare Job Search in US and Canada

Top Jobs at Foursquare by City

America falls way short, adds fewer jobs than expected in April
Kyle Schnitzer
Everything you need to know about becoming a dermatologist
Ashley Jones
These US cities will pay up to $20,000 for you to relocate—but there’s always a catch
Benjamin Lorber
Ladders / Company / Foursquare