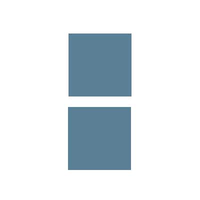 What are the highest paying jobs at Foley & Lardner?

The oldest and largest law firm in Wisconsin, it was established in 1842 as Finch & Lynde. Its founders were Asahel Finch Jr., a Republican and former Michigan state representative, and William Pitt Lynde, a Democrat who later served in the United States House of Representatives, the Wisconsin state legislature, and as mayor of Milwaukee. By 1970 the firm had changed its name 11 times, and was beginning to grow substantially. In 2001, after absorbing firms in Chicago and Washington, D.C., it was the 11th largest firm in the United States.

The firm's current name was adopted in 1969, and refers to two name partners, both corporate lawyers: Leon Foley, who died at age 83 in 1978 after more than 50 years with the firm, and Lynford Lardner Jr., who died at age 58 in 1973 after drowning in the Milwaukee River.

When the firm merged with Gardere Wynne Sewell LLP in 2018, the plan -- -- was to use, in some cities, a firm name including the name partner name "Gardere".

Foley & Lardner Job Search in US and Canada