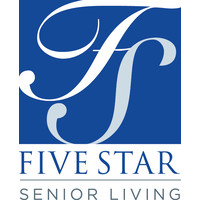 What are the highest paying jobs at Five Star Senior Living?

Brookdale Senior Living owns and operates over 700 senior living communities and retirement communities in the United States. Brookdale was established in 1978 and is based in Brentwood, Tennessee.

As of 2018, it was the largest operator of senior housing in the United States.