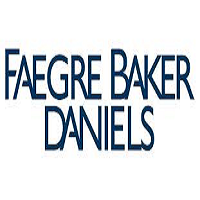 What are the highest paying jobs at Faegre Baker Daniels?

Faegre Drinker Biddle & Reath, also known as Faegre Drinker, is a full-service international law firm, and one of the 75 largest law firms headquartered in the United States. Its most recent incarnation was formed in February 2020 by the merger of Faegre Baker Daniels LLP /?fe?gri? ?be?k?r ?dænj?lz/ with Drinker Biddle & Reath, a Philadelphia-based law firm whose history stretches back to 1849. Faegre Baker Daniels LLP, also known as FaegreBD, which had a strong presence in the Midwestern United States, dated back to January 1, 2012, when Faegre & Benson LLP and Baker & Daniels LLP merged. Faegre & Benson was established in Minneapolis in 1886 and had grown to be the largest law firm in the Twin Cities. Baker & Daniels was established in Indianapolis as Hendricks & Hord in 1863, and became the second-largest firm in Indiana.

Faegre Baker Daniels Job Search in US and Canada