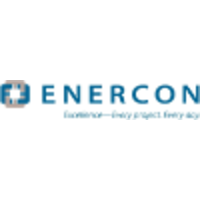 What are the highest paying jobs at Enercon Services, Inc?

Enercon GmbH is a wind turbine manufacturer based in Aurich, Lower Saxony, Germany. It has been the market leader in Germany since the mid-1990s. Enercon has production facilities in Germany, Sweden, Brazil, India, Canada, Turkey and Portugal. In June 2010, Enercon announced that they would be setting up Irish headquarters in Tralee.

Enercon supplies wind turbines to the British electricity company Ecotricity, including one billed as the UK's most visible turbine, an E-70 at Green Park Business Park.

Enercon Services, Inc Job Search in US and Canada

America falls way short, adds fewer jobs than expected in April
Kyle Schnitzer
Everything you need to know about becoming a dermatologist
Ashley Jones
These US cities will pay up to $20,000 for you to relocate—but there’s always a catch
Benjamin Lorber
Ladders / Company / Enercon Services, Inc