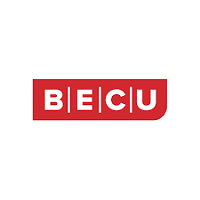 What are the highest paying jobs at BECU?

BECU is a credit union originally established to serve employees of The Boeing Company. BECU was founded as Fellowship Credit Union in 1935 by 18 Boeing employees, and was named Boeing Employees' Credit Union for much of its history. Its headquarters are located in Tukwila, Washington. As of September 30, 2017, BECU had over $17.5 billion in assets and over 1.06 million members, making it the largest credit union in Washington and fourth largest in the United States. Benson Porter is the current President and CEO.

BECU has over 45 locations throughout the Puget Sound region, three locations in Spokane, and two branches in Charleston, South Carolina.

Originally, BECU was only open to past and present employees of the Boeing Company, its subsidiaries or affiliates, BECU itself, and the Museum of Flight. In 2002, membership was opened to all Washington state residents and their family members.

On November 2, 2017, BECU changed its logo, replacing the 'cursive E' logo that had been used by the organization since the late 1980s, with a sans-serif logo.

BECU Job Search in US and Canada

Top Jobs at BECU by City

8 high paying remote jobs you can get right now (and how to get hired there)
Sara London
7 ways to manage the effects of job search fatigue
Rolf Bax
Have you been the victim of 1 of these 7 cases of wrongful termination?
AnnaMarie Houlis
Ladders / Company / BECU