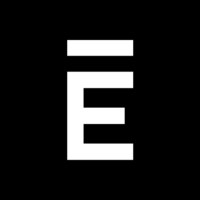 What are the highest paying jobs at Elysium Health?

Elysium Health is a company founded in 2014 by biologist Leonard Guarente, Dan Alminana, and Eric Marcotulli to market dietary supplements. The next year, the company started selling a dietary supplement called Basis that packages two compounds, nicotinamide riboside and pterostilbene. The company says that these two ingredients help cells make nicotinamide adenine dinucleotide and that they stimulate sirtuins. The company is widely described as being in the anti-aging field. Elysium is one of several companies founded at around the same time by people with backgrounds in the tech industry and Silicon Valley who saw opportunities in the health and biomedical industries, often focused on anti-aging.

The company has been criticized for using its advisory board to lend credibility to its product and for heavily marketing their product on social media. Jeffrey S. Flier, Caroline Shields Walker Professor of Medicine and former dean of Harvard Medical School, has stated that “Elysium is selling pills evidence that they actually work in humans at all.”

Elysium originally bought the ingredients in Basis from ChromaDex, which as of December 2016, sold the two ingredients to other supplement companies that also marketed products containing them. The two companies had an agreement under which Elysium Health didn't have to acknowledge ChromaDex as the source of the ingredients, but then after Elysium recruited the VP of business development from ChromaDex and reportedly stopped paying ChromaDex, ChromaDex sued Elysium and the information became public.
Total value of jobs:
$600,000
Average Pay:
$150,000
% Masters:
100%

8 high paying remote jobs you can get right now (and how to get hired there)
Sara London
7 ways to manage the effects of job search fatigue
Rolf Bax
Have you been the victim of 1 of these 7 cases of wrongful termination?
AnnaMarie Houlis
Ladders / Company / Elysium Health