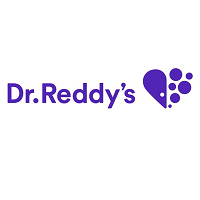 What are the highest paying jobs at Dr Reddys Laboratories?

Dr. Reddy's began as a supplier to Indian drug manufacturers, but it soon started exporting to other less-regulated markets that had the advantage of not having to spend time and money on a manufacturing plant that would gain approval from a drug licensing body such as the U.S. Food and Drug Administration. By the early 1990s, the expanded scale and profitability from these unregulated markets enabled the company to begin focusing on getting approval from drug regulators for their formulations and bulk drug manufacturing plants - in more-developed economies. This allowed their movement into regulated markets such as the US and Europe. In 2014, Dr. Reddy Laboratories was listed among 1200 of India's most trusted brands according to the Brand Trust Report 2014, a study conducted by Trust Research Advisory, a brand analytics company.

Dr Reddys Laboratories Job Search in US and Canada

These are the 15 highest-paying psychology jobs
Hailey Hudson
6 jobs that prepare you for side hustle success
Kyle Young
This is what work will look like in 2030, and it isn’t pretty
Kyle Schnitzer
Ladders / Company / Dr Reddys Laboratories