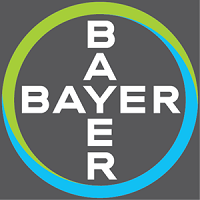 What are the highest paying jobs at Bayer?

Bayer AG is a German multinational pharmaceutical and life sciences company and one of the largest pharmaceutical companies in the world. Headquartered in Leverkusen, Bayer's areas of business include human and veterinary pharmaceuticals; consumer healthcare products; agricultural chemicals, seeds and biotechnology products. The company is a component of the Euro Stoxx 50 stock market index. Werner Baumann has been CEO since 2016.

Founded in Barmen in 1863 as a dyestuffs factory, Bayer's first and best-known product was aspirin. In 1898 Bayer trademarked the name heroin for the drug diacetylmorphine and marketed it as a cough suppressant and non-addictive substitute for morphine until 1910. Bayer also introduced phenobarbital; prontosil, the first widely used antibiotic and the subject of the 1939 Nobel Prize in Medicine; the antibiotic Cipro; and Yaz birth control pills.

In 1925, Bayer was one of six chemical companies that merged to form IG Farben, the world's largest chemical and pharmaceutical company. The Allied Control Council seized IG Farben after World War II, because of its role in the Nazi war effort and involvement in the Holocaust, which included using slave labour from concentration camps and the purchase of humans for dangerous medical testing. It was split into its six constituent companies in 1951, then split again into three: BASF, Bayer and Hoechst.