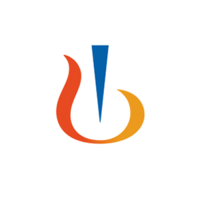 What are the highest paying jobs at Novartis Pharmaceuticals?

In March 1996, Ciba-Geigy merged with Sandoz; the pharmaceutical and agrochemical divisions of both companies formed Novartis as an independent entity. Other Ciba-Geigy and Sandoz businesses were sold, or, like Ciba Specialty Chemicals, spun off as independent companies. The Sandoz brand disappeared for three years, but was revived in 2003 when Novartis consolidated its generic drugs businesses into a single subsidiary and named it Sandoz. Novartis divested its agrochemical and genetically modified crops business in 2000 with the spinout of Syngenta in partnership with AstraZeneca, which also divested its agrochemical business.

Novartis Pharmaceuticals Job Search in US and Canada

6 jobs that prepare you for side hustle success
Kyle Young
This is what work will look like in 2030, and it isn’t pretty
Kyle Schnitzer
The 7 highest-paying entry-level jobs
Hailey Hudson
Ladders / Company / Novartis Pharmaceuticals