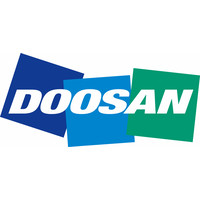 What are the highest paying jobs at Doosan?

Bobcat Company is an American-based manufacturer of farm and construction equipment, part of Doosan Group of South Korea. Its American headquarters is in West Fargo, North Dakota, United States, formerly in Gwinner, North Dakota. Its European headquarters moved in 2017 from Waterloo, Belgium to Dob?íš in the Czech Republic, where Bobcat operates one of its European manufacturing plants. It was a subsidiary of the Ingersoll Rand Company from 1995 until July 2007, when it was sold for US$4.9 billion to Doosan Infracore. The company sells skid steer loaders, compact excavators, side-by-sides, compact tractors, and other small hydraulic equipment under the Bobcat brand name. It is one of the few major manufacturing companies operating in North Dakota.

In the 1950s, Louis and Cyril Keller operated Keller Welding and Repair near Rothsay, Minnesota. In 1956, Eddie Velo, a turkey farmer in the area, described to the Kellers a need for a machine small enough to maneuver inside a pole barn and light enough to operate on its upper level. The brothers developed a small, three-wheeled design with a belt-driven transmission, and delivered it to Velo on February 4, 1957. Velo allowed the Kellers full access to his operations, and after the Kellers learned of drawbacks with the belt-driven transmission, they developed and patented a more robust clutch-based transmission system in 1958. The new transmission became the basis of the Melroe M60 loader.

Doosan Job Search in US and Canada

Top Jobs at Doosan by City