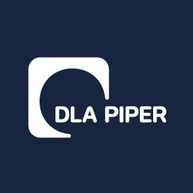 What are the highest paying jobs at DLA Piper?

DLA Piper is a multinational law firm with offices in more than 40 countries throughout the Americas, Asia Pacific, Europe, Africa, and the Middle East. In 2014, it had total revenues of US$2.48 billion and average profit per equity partner of US$1.490 million, and was the third largest law firm in the United States as measured by revenue.

DLA Piper Job Search in US and Canada