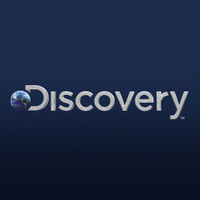 What are the highest paying jobs at Discovery Communications?

Discovery, Inc. is an American multinational mass media factual television company based in New York City. Established in 1985, the company primarily operates a group of factual and lifestyle television brands, such as the namesake Discovery Channel, Animal Planet, Science Channel, and TLC. In 2018, the company acquired Scripps Networks Interactive, adding networks such as Food Network, HGTV, and Travel Channel to its portfolio. Since the purchase, Discovery has described itself as serving members of "passionate" audiences.

Discovery has been in the streaming business, with Discovery+, a streaming service that feature television series and movies and original programming from the channels that Discovery owns. It originated internationally in India on March 23, 2020, it launched in the United States on January 4, 2021.

Discovery Communications Job Search in US and Canada

Get paid to dream at work: This company will pay you to nap
Sara London
The average salary of a Chipotle general manager is $100K — and they’re hiring
Kyle Schnitzer
Amazon is now hiring 75K workers — and offering some $1K bonuses
Kyle Schnitzer
Ladders / Company / Discovery Communications