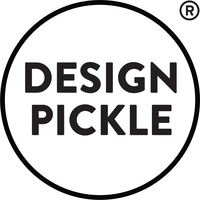 What are the highest paying jobs at Design Pickle?

Northrop Grumman Corporation is an American multinational aerospace and defense technology company. With 90,000 employees and an annual revenue in excess of $30 billion, it is one of the world's largest weapons manufacturers and military technology providers. The firm ranks No. 96 on the 2020 Fortune 500 list of America's largest corporations.

Northrop Grumman and its industry partners have won the Collier Trophy eight times, most recently for developing the X-47B, the first unmanned, autonomous air system to operate from an aircraft carrier.

Northrop Grumman currently leads the development of the B-21 Raider, a long-range, stealth strategic bomber that can drop conventional and nuclear weapons; it will replace Northrop's own B-2 Spirit, the world's only known stealth bomber. Among its other current projects are development and production of the James Webb Space Telescope, an orbiting observatory slated for launch in 2021; and production of the solid rocket boosters for NASA's Space Launch System program. It was the sole bidder on the Air Force's Ground Based Strategic Deterrent program, which aims to develop and build a new intercontinental ballistic missile.

Is this the worst job interview question? The internet seems to think so.
CW Headley
These are the 15 highest-paying psychology jobs
Hailey Hudson
6 jobs that prepare you for side hustle success
Kyle Young
Ladders / Company / Design Pickle